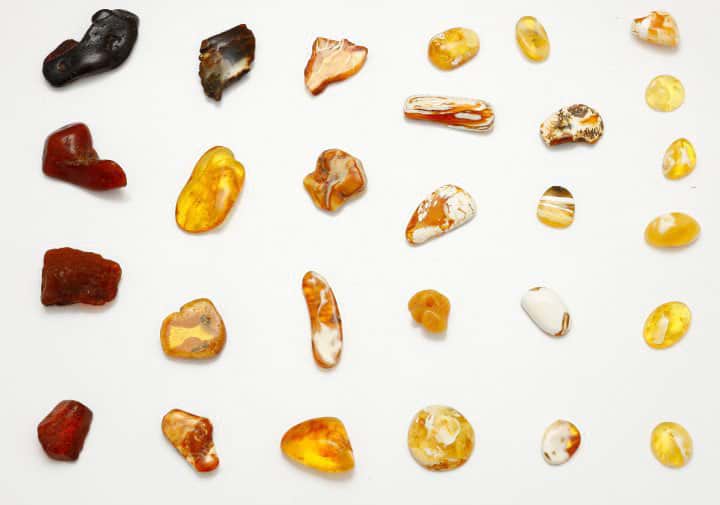 Let’s go back 40 million years, until the birth of this extraordinary mineral. In the past, conifers grew in the places of the sea. At that time, the Baltic Sea did not exist, because it was in its area that the amber forest grew. In contrast, the lands on which cities such as Jarosławiec, Gdansk and Warsaw are currently located, were covered by the shallow Eocene sea.

The resin of amber trees accumulated inside the trunks, in places of tissue damage, in the form of large fissures, and also directly below the bark. The resin leaking out of the trunk soldified in the form of external infiltrations. The resin was used to protect tree wounds. It is believed that amber was made from the pine resin. The resin fossilized laying in water for many years.

At the time when amber was made, nature was not as peaceful as it is today. Earthquakes and volcanic eruptions were very common, and this was the reason why amber trees were knocked down. Over time, they were covered with layers of ground and ashes. This is how the first Baltic amber deposits, called the gold of Baltic Sea, were created.
Heavy rains caused that the pieces of trees containing resin came to streams and rivers, and these transported amber to other places. All amber deposits created after these wanderings are already secondary deposits. A hypothetical river Eridan had a very large part in the first amber journeys. It flowed from the north, through the amber forest, up to the aforementioned Eocene sea, where it formed a delta at the mouth.

The amber trees carried away by the river and the washed out primary amber deposits were located in the Eridan delta and in the shallow Eocene sea zone. These are the areas of today’s Gdansk Bay. Thanks to this phenomenon, from Karwia to the Sambia Peninsula (Kaliningrad Oblast), huge deposits of amber formed in the so-called blue land. The largest deposits found in the world are located at a depth of 5-30 meters in the Kaliningrad Oblast and 120 meters underground in the area of ​​Chłapowo (Gdansk Bay). It can be assumed that huge deposits like an amber kingdom are hidden on the bottom of the Baltic Sea, but we will propably have to wait for this discovery for a long time.

The origin of amber

The work with amber